As CES 2018 in Las Vegas draws to a close & the robots are packed away for another year, it starts to become clear which trends are here to stay - one in particular - your voice.

Google has been surprisingly busy, using the show to launch a massive push on Google Assistant for the year ahead.

Its ‘Hey Google’ event in Vegas featured more products than you could shake a croupier rake at, with the internet giant showcasing a bevy of new third-party wares that will feature its AI helper.

Samsung unveiled that it's TV's will come shipped with Bixby 2.0 & that the TV will act as the new home hub.

Kohler Nomi announced that it's voice activated $6000 toilet will launch in Asia later this year.

With AI filtering into cars, microwaves, dishwashers & showers but soon we will see it launching into commercial activities - a shopping mall in Korea is already trailing it in the ladies fitting room - weird or not, 2018 is where we see AI become more serious.

This is effectively the Betamax & VHS race to see which platform can become the most embedded into society.

Intel set the drone agenda by flying its 18-rotor, two-person Volocopter taxi drone on stage at its opening keynote. It then lit up the famous Bellagio fountains on the Las Vegas strip with 250 of its Shooting Star drones, performing a lightshow coordinated to Kygo’s Stargazing.

Velocopter The aircraft features 18 rotors and an impressive level of redundancy should one or more of them fail. This is still some way off going on sale – and will cost a fortune when it does – but test flights are now happening and Intel CEO Brian Krzanich has been in one of them. The era of flying, self-driving taxis might be approaching faster than you think.

Air Selfie 2 Like the first AirSelfie, the AirSelfie 2 is controlled via a phone app, and can hover in one spot, as well as operate in a variety of different flight modes depending on how much control you want to take over the flight. The drone can also smartly return to base all by itself when it needs to, or you can simply pluck it out of the air. 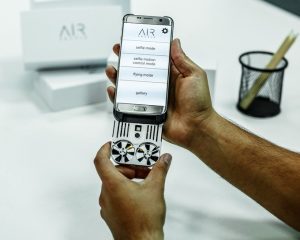 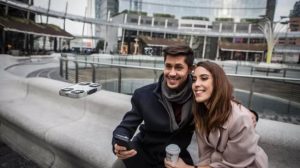 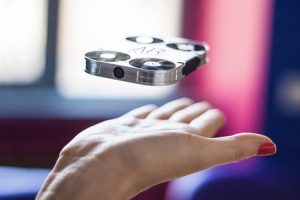 Maybe virtual reality, as an industry, realizes that getting everyday people into headsets, not to mention buying them, isn't easy. Instead, HTC is pushing its Vivehardware into deeper enthusiast and enterprise territory. The HTC Vive Pro has higher-resolution displays, a comfier fit, a larger range of movement, and you can even cut the cord with a wireless Intel WiGig adapter that removes the tether to the PC.

But HTC's biggest opportunity is how it pushes into business opportunities - for example training new team members to new online shopping experiences. 2018 is the year VR gets serious.

The revolution in political & country infrastructure is always a slow burn, but this year, Smart Cities became a 'thing'.  Smart city infrastructure, enabled by IoT and AI. As metropolitan areas balloon—with some estimates that cities will make up 60% of populations by 2030—cities have become increasingly overwhelmed with delivering services safely, efficiently and cost-effectively.

Fail of the Robot

One thing is for certain, 2018 wasn't the year of the robot. Whilst the media hype will have you believe that robots are soon to take over the world, the reality is far from near. Whilst AI is the brain, the physical application is somewhat missing.

From the 'follow-me' luggage, which literally fell flat on it's face - to CLOi the interactive voice robot, who became stage fright & went completely silent.